“No” May Be the Most Important Word You Can Say 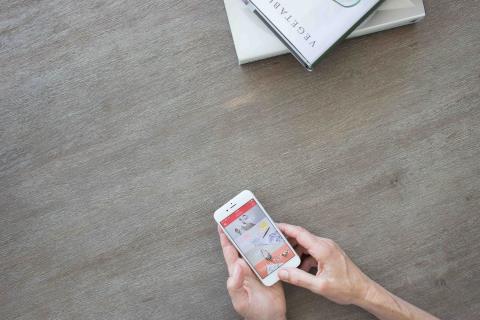 As I read through resolutions at the beginning of the year on Social Media, someone’s resolution caught my eye. She wanted to say no more often. In fact, she promised herself that unless it was a yes that “set a fire in a belly,” she would say no and without guilt.

This may seem strange but in doing so, she was choosing to say no to the types of yeses we all are familiar with (at least in our own heads): yes-because-I-feel-like-I-have-to, yes-because-if-I-don’t-say-yes-who-else-will, yes-because-I-just-can’t-handle-feeling-guilty, and many others. Perhaps the worst of all is this type of yes: yes-because-even-though-I-want-to-say-no-I-don’t-feel-like-I-can, the yes that comes because we don’t know how to say no.

Why is the word no treated like some foul four lettered words?

Of course, we can physically say the word, “No.” That’s not the problem. Yet, it’s hard to do. There are a number of reasons: we don’t want to hurt anyone’s feelings. We feel, at its core, a no is a rejection to someone and their cause. We are also socialized from a young age to be nice and a “no” can feel mean.

But in most cases, people don’t take it personally when we set a boundary with a “no.” In fact, humans have something called a Harshness Bias, which is “our tendency to believe others will judge us more severely than they actually do.” Reality shows that the consequence of saying no is typically incredibly worse in our heads than what actually happens or how that other person really feels at the end of the day.

But this is important to talk about because for many of us, saying yes, due to the Harshness Bias or just for yes’s sake or because we are people pleasers can affect our lives more adversely than we realize. All those yeses said out of guilt actually start to add up into time and resentment. By saying yes to one thing, we are saying no to something else and in today’s day and age when time seems to be the most luxurious item of all, this is important.

The truth is, setting those boundaries are incredibly important so we can fully invest in those things that light a fire in our belly, like maybe prioritizing time with your family or developing a craft or hobby you are passionate about.

But at the end of the day, saying no to one thing often means saying yes to another. For example, perhaps you are offered the role of Girl Scout Leader for one of your daughters. It definitely would not be a bad thing to do. In fact, it’s a great thing…hypothetically. So it’s hard to say no to such a request. But then let’s say you consider the priorities of your life as a whole: your family, your job, and the date night you and your spouse have committed to weekly. Maybe there is just not enough time for this new role. You may ask yourself if this is the only way to invest in time with your daughter or the best way to invest time with her since it won’t be one-on-one. Maybe saying yes to this role means spending less time with all of your children as you plan retreats and meetings for that one role.

A no can be freeing. A no can open up doors. Still, we are taught from a young age to treat the word “no” as something negative. There is something powerful about knowing what is important to you, your family, and your life and letting both the word “no” and the word “yes” create a path that is right for you.

Stay tuned on the blog for tips on how to say no. Because it is so ingrained to be a negative thing, it is a learned skill. Some may even call it an art. Look for the blog “The Art of Saying No” soon.