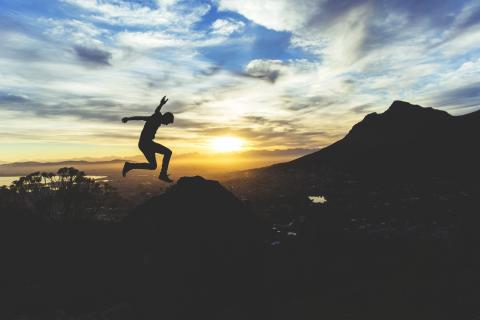 When someone mentions the word “ego,” maybe you think of Narcissus falling in love with his own reflection (although to be fair, narcissism is a whole different concept). Or perhaps you think of a more modern day version than the greek myth. Maybe you think of Kanye West who has infamously said a lot of egocentric things, including: “For me to say I wasn’t a genius, I would just be lying to you and to myself.”

He brings up a good point. Where is the line between ego and self- esteem? In the age where social media coined the term “humblebrag,” what is the difference between ego and just plain honesty? If one thinks they are great at something should she pretend otherwise for modesty’s sake? Where does humility come into play?

A Little Ego Won’t Hurt You, But A Lot Might

Another researcher, Jean Twenge, wrote a book–Generation Me–discussing how parents who praise every single thing could lead to the plight of some of today’s twenty-somethings which she considers to be entitled and narcissistic.

Self-esteem is your own evaluation of your own self-worth. In essence, it is how you see yourself and your place in the world around you. Ego, on the other hand, is a little bit more complicated, especially because of the way it has been viewed throughout history from such titans like Freud, Jung, and recently the popular Eckart Tolle.

But ego is not the same thing as egomania or being egotistical. There is no way to escape ego though. According to Psychology Today, ego is part of being alive.

Now in the age of social media not only can we read Kanye West’s rants and ponder the concept of ego, but we get what appears to be an unlimited view of other’s lives. The problem is that this view is very much limited and because self-esteem is inherently linked to comparison, it is much easier to compare ourselves to versions of people’s lives that aren’t realistic at all.

People tend to skew more positive or more negative on social media. Studies have shown that people less secure in relationships are actually the most likely to overcompensate and post those mushy posts. But that’s not our first thought when we see it; we compare our relationship to theirs when they post a status on Facebook. We look at our messy room while staring at the perfect square of Instagram.

At the end of the day, neither self-esteem nor ego should get in the way of truly living your life to its fullest (whatever that may mean for you). If you have too much or too little of either of those things, that’s when it is time to re-evaluate and take stock.

In your opinion, where is the line where ego is out of control? Is Kanye right? Do we think modesty trumps truth? Or is it a matter of his ego?